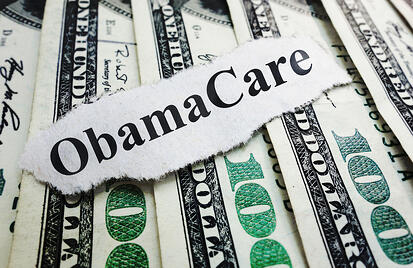 Because of extreme technical problems in Oregon’s “Cover Oregon” enrollment system, applicants had to use a manual process for applications, causing delays in enrollment and lost paperwork. After working with Oregon Governor John Kitzhaber’s office, the Obama administration recently issued a fix to the problem for Oregon marketplace applicants who were timed out of the open enrollment process. The Affordable Care Act fix allows for lost coverage time and federal tax credits recovery for affected applicants.

The resolution came in the form of a memo from the Centers for Medicare & Medicaid Services (CMS) and applies to Oregonians experiencing circumstances beyond their control that prevented timely enrollment. The memo also applies to other eligible applicants across the country.

The Affordable Care Act fix addresses some of the concerns brought to light in House Bill 4154. The bill requires Cover Oregon to ask for a federal waiver, which would allow financial assistance to Oregonians that were not able to obtain insurance through the marketplace. The CMS has essentially approved this request.

The CMS memo covered the following:

CMS spokeswoman Ariane Holm announced that Cover Oregon is interpreting CMS guidelines for Oregonians. While CMS has stated their commitment to working with carriers to get Oregonians the help needed, the memo does not address two of the issues raised in House Bill 4154. It does not extend the open enrollment period and it does not assist small businesses with marketplace plans for employees. Oregon officials are still pressing for improvements within Cover Oregon and the state has set new guidelines for future IT contracts, hoping to avoid the system disasters they encountered with their health exchange.

Compared to Cover Oregon, Covered California has performed well in spite of long wait times on the phone, errors in notices sent to applicants, an error-riddled physician directory and a five-day service outage in February. In response to delays and problems, Covered California added call center workers and Spanish-speaking workers. Since then, enrollments have soared and hundreds of thousands of Californians have acquired coverage.

Contact PAYDAY for information on covering employees or individuals. We can provide a complimentary ACA analysis for your business and help you comply with current and future regulations.

What changes lie ahead for ACA?
5 Ways Employers Should Prepare for the ACA
ACA Obstacles to Overcome