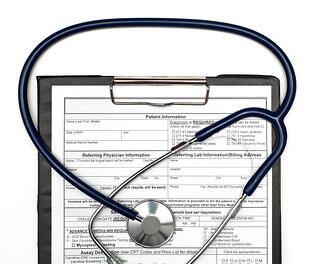 California Senator Hannah-Beth Jackson (D-Santa Barbara) recently authored SB 780, a bill currently working its way through the California legislature. Jackson’s reasoning for creating the bill includes closing a gap between regulation of the Department of Insurance and the Department of Managed Health Care to protect patients.

SB 780 is designed to get the Department of Insurance the information it needs to review and enforce compliance with network adequacy laws. It protects affordable health care access by requiring insurers to properly notify policyholders if their in-network provider leaves the network so they don’t get surprised with out-of-network charges. The bill also requires insurers to get approval from the Department of Insurance when there is a network change before notifying insured individuals of network changes.

Jackson’s bill mandates that insurers honor in-network coverage for services by a provider who has left the network but was in-network when appointments were made. Timely and accurate communication about in-network providers is also mandatory, so individuals don’t get stuck unfairly with higher out-of-network charges if their doctor leaves the network and they were not informed of it. The bill would address the challenges posed by narrow insurance networks with change-in-network-status information that protects those who are insured with continuity of care.

Senator Jackson represents senate district 19, encompassing Santa Barbara County and parts of Ventura County. Sworn into senate office on December 3, 2013, the former 35th District Assembly member, former Deputy District Attorney, educator and small business owner serves on the Rules Committee, the Budget Committee, the Natural Resource Committee and the Judiciary Committee. In the Assembly and now in the Senate, Jackson advocates for improving access to health care, improving public education, protecting public safety, the environment, privacy and consumer rights, and promoting green efforts. She has earned accolades from the Consumer Federation of California for strong consumer advocacy for health care and privacy rights and by the Congress of California Seniors for advocacy for advocacy against elder abuse.

The California Chamber of Commerce advocates for California businesses on regulations and legislation that will have a negative impact on the finances and profitability of California businesses. It works to improve California’s business climate. The Chamber opposes Jackson’s SB 780 bill, saying it will add burdensome paperwork and increase costs for some health plans, possibly making it even more difficult for employers to provide health care coverage for employees. The Chamber believes new record-keeping, filing and notice requirements could adversely affect consumer choice and increase PPO premiums.

The outcome of the bill is not yet decided as it has to be reviewed and voted on in the Assembly, where it is subject to amendment or rejection before it can move on to a vote by both houses. It is under consideration in the California legislature at a time when the Affordable Care Act has already burdened employers and increased insurance costs.

PAYDAY Workforce Solutions will continue to monitor this bill, and will keep you informed of any health care changes. To speak to a licensed broker about your insurance needs, please contact us.