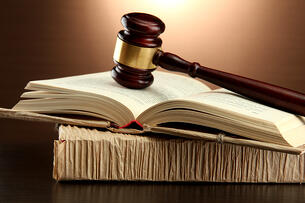 Millions of people have convictions or arrest records affecting their daily lives, especially when it comes to employment and being able to support themselves and their families. Historically, employers have conducted employee background checks for all positions in their companies. Businesses often won’t hire employees with criminal records and many people who try to rebuild their lives after being arrested or serving time can’t get work.

National Employment Law Project attorney Michelle Rogriguez says an employee background check causes critical problems for people with criminal records. She says having a criminal record doesn’t make someone a criminal, it just means that they had legal issues. Employers argue, however, that they have a right to protect their business and the other employees and that the best way to do so is through a background check.

As of January 1, 2012, employers in California can only obtain employee credit reports on applicants for the following types of positions:

California City, a San Francisco suburb, passed an ordinance in August 2013 prohibiting city contractors from ever asking about the criminal histories of a majority of job applicants. Similar laws are gaining popularity in other states and are referred to as “ban-the-box” laws. They are a response to the tough economic times and tougher sentencing laws that have resulted in more people being shut out of employment opportunities, as well as the belief that those who have completed sentencing or have a minor scuffle with the law shouldn’t continue to be penalized.

Employers with city contracts and more than nine employees are banned from asking anything about applicants’ criminal records at the risk of losing their contracts.

Fears of endangering employees and the public are behind opposition to the laws but murder, sex offenses, and voluntary manslaughter are not covered by this ordinance.

How California Employers Can Comply

California City employers should update applications and remove anything asking about criminal convictions and change their policies regarding which employees they can ask about criminal records. All California employers should ensure their background screening policies and procedures comply with the new laws and consult with legal counsel if they don’t understand any part of their legal obligations.

PAYDAY has various background searches available for employment purposes, tenant history, drug testing and more. Contact us for more information and to find out how to get started.