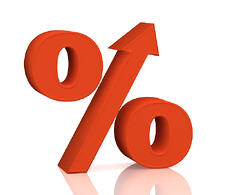 The Federal Unemployment Tax Act, or FUTA, provides a federal tax credit for amounts paid to a state for unemployment taxes. It effectively reduces the amount that employers must pay into the federal unemployment insurance (UI) benefit system. Without the credit, the federal tax rate for unemployment insurance is 6.0 percent on the first $7,000.00 in wages paid to each employee. The tax credit provides up to a maximum of 5.4 percent credit back to employers, making the effective tax rate as low as 0.6 percent. However, if a state carries a federal loan balance for two consecutive years, and the entire loan amount is not paid by November 10 of the second year, the FUTA credit received (up to 5.4 percent) is reduced by a minimum of 0.3 percent each year, until the loan is repaid through the involuntary repayment process.

California and the Credit Reduction

In 2009 California’s unemployment insurance program ran out of funds, forcing the state to borrow from the federal government to pay unemployment benefits. In November 2011, the Department of Labor announced California as a Credit Reduction state and employers paid an additional 0.3% in FUTA taxes retroactively for 2011. Last year, California employers paid an additional 0.6% in FUTA taxes, and it is expected that another reduction to the tax credit will be triggered in November, bringing the effective FUTA tax rate to 1.5% for 2013.

California has not only been borrowing money from the federal government to provide unemployment benefits to displaced workers, but according to the California Taxpayers Association, has also had to borrow money from the State Disability Insurance Trust Fund in order to make its interest-only payments to the federal government. California’s Legislative Analyst’s Office expects California’s Unemployment Insurance (UI) deficit to grow through 2013 and is expected to reach around $13 billion. Annual interest costs will continue for the foreseeable future, resulting in more than $3 billion in General Fund expenses through the year 2020.

Governor Brown is said to be in the process of working with business and labor groups to restore California’s unemployment trust fund to solvency and establish a reserve fund that will prevent deficit spending in the future. Proposals that allow for a more equitable cost-sharing ratio among employers based on usage of the program are being discussed, as well as eligibility reforms for who will be able to receive unemployment benefits in the future. Negotiations will continue as both business and labor groups look for solutions to restore the integrity of the system while also providing assistance to those who become unemployed.

Be Prepared for the Increase

While the official list of credit reduction states will not be available until mid-November, PAYDAY Workforce Solutions advises employers in California to be prepared for the additional tax in the amount of 0.9% of the first $7,000.00 of wages for each employee paid in 2013 (maximum increase of $63.00 per employee). PAYDAY clients can expect a notification outlining the process for the collection and payment of the correct amount of unemployment insurance owed in mid-November. FUTA tax credit reductions must be paid in January 2014 and reported on Form 940. For more information on 2013 taxes, visit our website or contact a Specialist today.