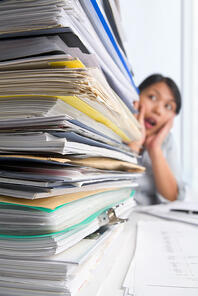 As the January deadline for enrollment in the Obamacare marketplace nears, states are experiencing surges in applications. Almost a quarter of a million applications were completed in early December in California for Affordable Care Act compliance, compared to just over 400,000 in the two months since the market opened. Representatives from Covered California, the state’s health exchange, are reporting that they are on track to meet the 2013 enrollment target since the state didn’t experience the low enrollment rates and abandonments suffered by other states with the Federal website's glitches. Not everything is on track for Californians and Obamacare, though. Some troubling issues include privacy of information, storefronts for enrollment promotions, and backlogs from paper applications.

The state’s health exchange has given out applicant name and contact information to insurance agents without their knowledge or consent, creating privacy concerns. In an attempt to help people enroll in time, state officials have committed a potential privacy controversy by releasing information this way, causing concern among consumers and the insurance agents who would like to contact them but don’t want to intrude on privacy if they haven’t opted in to have their contact information given out. The names in question are from consumers who started applications but didn’t complete them. No social security or income information was released, and Covered California executive director Peter Lee affirms that they are complying with privacy laws and the outreach program was reviewed for legality.

Lee assures consumers that the program is for consumer assistance, not marketing or any other purposes, and says with the new year getting closer and closer, Covered California is trying to help people get enrolled and avoid problems.

Looming Affordable Care Act enrollment deadlines have spurred insurers, agents, and California officials to open stores in retail locations to help people sign up for Obamacare. Observers are worried about this type of dramatic change in healthcare, which is a big switch from insurers’ historical focus on employers and large workforce groups to individual policies. Although open enrollment lasts until March 31, government-run marketplaces are pushing to enroll people by December 23. Storefront locations enable people to talk to someone face to face and get human assistance rather than try to figure out an online enrollment themselves.

Consumer advocates worry that the storefront sales may create a focus on policies more favorable to agents than to consumers and limit choices, but State Senator Holly Mitchell thinks the storefronts are a good way to extend the reach to those who don’t have online access or experience and complete as many enrollments as possible in the slipping deadline period.

Even though enrollments appear to be increasing and on track, California is experiencing some backlogs with paper enrollments. Incomplete paper enrollments that have languished since the beginning of October still need to be processed to prevent leaving consumers without coverage. Covered California is adding processors to handle incomplete applications, but needs thousands of processors to complete the estimated 25,000 incomplete paper applications.

What changes lie ahead for ACA?
ACA Reporting Deadlines – Don’t Leave Your Employees Hanging
5 Ways Employers Should Prepare for the ACA