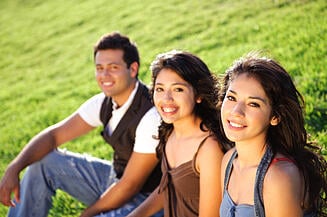 The numbers don’t balance for Latino enrollment in California for the Affordable Care Act (ACA). Covered California officials say they anticipated enrollment challenges, but Latinos account for more than three million uninsured residents in the state and make up only 13% of enrollments. Even more concerning, the Latino population is critical to the success of the exchange in California because they are mainly young and healthy. Their enrollment is necessary for an optimal insurance pool.

There are several complicated reasons that more Latinos in California haven’t enrolled yet. One of the most complicated factors is that undocumented Latinos are scared that applying for insurance will lead to deportation. Additionally, officials are just now releasing a Spanish-language application, three months after the start of enrollment, and a mere 10% of Covered California’s call center representatives speak Spanish. Some Latinos also lack knowledge of computers, which makes the online process difficult for them and many also lack understanding of how health insurance works.

What will Covered California do about Latino Enrollment?

Covered California officials now recognize the need to address the low Latino enrollment in order to increase the numbers of Hispanic enrollees. The organization plans to expand direct outreach to Latinos at places like soccer games, churches, farmer’s markets, neighborhood events and consulate offices. They are trying to increase the number of enrollment Spanish-speaking representatives and insurance agents available to help people with applications. They also plan to improve marketing strategies, inlcuding an increase of Spanish-language references on the website.

What are the Enrollment Goals?

Covered California wants 700,000 Californians enrolled by the end of March 2014. As of early January 2014, there are just over 400,000 enrolled. Obama’s overall goal of having 3.3 million signed up for insurance on HealthCare.gov by the end of 2013 was not met, and California, as well as other states, are having trouble reaching their own goals. But the push to meet goals is driving enrollments. According to the House Oversight Committee, there were only six completed enrollments on October 1, 2013, and that number increased to over one million in just two months.

The next big concern for Obamacare in California seems to be ultra-narrow healthcare networks restricted by county or zip code. Some policies sold through the Covered California Exchange may limit policy holders to their nearest geographical area and leave them without coverage if they seek healthcare in areas outside of their networks. This is a cost-saving method associated with Blue Cross that leaves those shopping for coverage with fewer choices.

This is causing controversy already, with detractors accusing Blue Cross of cutting out exchange policy buyers from larger, more convenient plans and networks. Shargel & Company Insurance Brokerage owner Susan Shargel says the narrow networks exclude a lot of providers. She has suspicions about other carriers doing the same thing and thinks all carriers need to be investigated. Restrictions on healthcare providers through shrinking networks remind people of the HMO fiasco of the '80s, making them nervous about being able to get second opinions and see specialists.

Another controversy coming to light is the loophole allowing enrollees who claim they can’t afford their premiums a three month grace period after signing up. They could potentially have three months of coverage to obtain services needed, then cancel their policies without paying anything. Experts are worried about the effects this may have on doctors and hospitals who may get stuck providing services without payment.

PAYDAY knows there is still much confusion surrounding healthcare, but our certified Covered California agent can help with unanswered healthcare questions. Contact us today.

How to Identify Your Culture
California Minimum Wage Increases Effective July 1, 2020
EEOC Guidance for Employers During a Pandemic

What changes lie ahead for ACA?
5 Ways Employers Should Prepare for the ACA
ACA Obstacles to Overcome