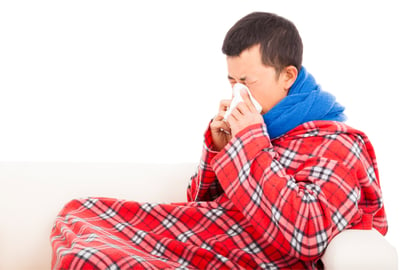 California Executive Director of the National Federation of Independent Business John Kabateck is calling Assembly Bill 1522 anti-small business and a main street menace. He says the bill mandating all California employers provide paid sick leave to all employees (after only seven days of work in a calendar year and 90 days of employment) creates opportunity for abuse by employees and difficulty in HR compliance for employers. In addition, Kabateck claims that the National Compensation Survey shows a majority of businesses already provide paid sick leave to employees.

Kabateck is concerned about employers’ exposure to a new private right of action in favor of employees as well as the burden of more HR compliance. He is worried that mandated sick time and the rule against employer retaliation will give employees actionable cause if they’re denied sick pay or experience adverse employment action. He says it takes away employers’ ability to be flexible with their employees and benefits, especially part-time employees. Kabateck also believes that more employer mandates will make it too difficult for small businesses to create jobs, and is urging the legislature to reject AB 1522. Business owners like Pole Precision Raceways president Karen Davis-Farage agree, saying the cost of paying sick workers and their replacements to get the work done will impact the bottom line.

Proponents of mandated sick pay across the country such as NSI, Inc. President Tom McDonald wonder why employers wouldn’t want to provide sick pay and take care of employees, seeing it as good for business. Supporters say mandated sick time protects the workers who cannot afford taking time off work when sick and believe it’s good to give sick workers a way to take care of themselves and keep their jobs without exposing others at work. Many business owners already use paid time off as a competitive advantage by turning it into a perk. Strava, Inc. CEO Mark Gainey, for example, gives 25 paid days off a year to all employees for any reason.

San Francisco has had mandated sick time since 2007 and was the first city in the country to require employers to provide it. San Francisco’s law requires employers to accrue one hour of paid sick time for every 30 hours worked, beginning at 90 days of employment. Employers with fewer than 10 employees can cap their paid sick time at 40 hours of accrued paid sick leave, while larger companies have a cap of 72 hours.  All unused sick time must carry over from year to year. The Institute for Women’s Policy Research conducted a survey about the law which shows that two-thirds of employers support the law.  In addition, the survey found the time is not routinely misused by employees and employees often use fewer sick days than the maximum allowed.

Other parts of the country with paid sick time mandates include New York City, Jersey City, Portland, Washington, D.C., and the entire state of Connecticut.  In Connecticut, only 10 percent of employers surveyed about the paid sick leave law said it increased payroll costs more than three percent.  On the contrary, Florida and Wisconsin have banned sick pay legislation out of fear of negative economic impacts.

According to the Society for Human Resource Management, 86 percent of all companies across the United States provided some type of paid sick leave in 2013, while 40 million workers did not have paid sick leave. The Center for American Progress says that sick workers at home without pay or at work while sick cost employers billions in lost productivity.

The bill is still going through the committee process with a new amendment as of March 28th.  PAYDAY will keep you informed on the status of the bill as the process continues.  If you have questions about existing paid time off laws, please contact us and ask about our HR Solutions.