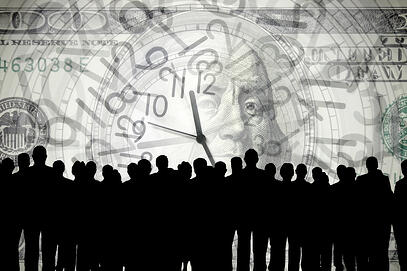 President Obama has made raising the Federal minimum wage to $9 an hour his next target, announcing in December 2013 at the Center for American Progress that it’s personal for him. He explained that his grandfather took advantage of the GI bill, his wife’s parents needed government help to send her to college, and his own mother got government help as a single parent. With a rapidly widening gap between the richest Americans and the rest of Americans and growing frustration with Congress, states and local governments are trying to reset the country’s economy by raising minimum wages.

While the new higher state and local rates, and the $15 rate especially, have made labor hopeful that the increase will sweep across the country, it’s made businesses go on the defensive. Some smaller local governments are worried that businesses will simply move away if they raise the minimum wage in their areas, and White Castle has threatened to do just that. White Castle Vice President Jamie Richardson says a minimum wage of $15 an hour would be catastrophic for his company, and force them to close half their restaurants and put thousands of employees out of work. He claims that White Castle’s average employee already makes more than 30 percent more than minimum wage.

The Employment Policies Institute predicts that approximately 2.5 million fast-food workers would be affected by a higher minimum wage, and 460,000 jobs lost. While businesses are speaking out against it, economists like Princeton’s Alan Kreuger are on Obama’s side, saying helping lower-wage workers by raising the Federal minimum wage would be good for the economy. With credible HR solutions in place, you and your staff can stay informed of current and trending legislation such as this.

California and the Minimum Wage

Minimum Wages Across the Country

There are four states with minimum wages lower than the Federal rate: Minnesota, Wyoming, Georgia, and Arkansas. The majority of states with minimum wages have rates higher than the Federal rate. The California minimum wage was first implemented in 1916 at 16 cents per hour and has risen steadily almost every year or two since, but has been $8 per hour since 2008. It’s scheduled to go to $9/hour by July 2014 and $10/hour by January 2016.

PAYDAY Workforce Solutions can help you stay compliant with minimum wage through our advanced HR Solutions. Contact us today to find out more.