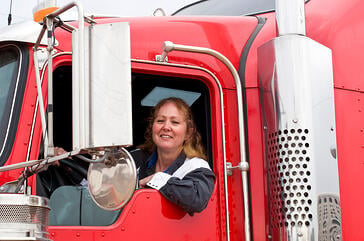 According to a study by Demos.org “Underwriting Bad Jobs,” more than half a million employees of federal contractors earn less than $12 an hour. These types of employees are the focus of President Obama’s recent executive order to raise the minimum wage of employees in federal contract jobs such as food service, truck driving and sewing military uniforms. Obama said he would raise the minimum wage for these workers in his State of the Union address.

How is the President Raising Federal Minimum Wage?

President Obama signed an executive order to give preference in awarding federal contracts to companies that pay workers at least $10.10 an hour. This order will apply to new contract signed in 2015 and beyond, not current contracts. This could affect jobs and could cost the economy money and workers.

How Would It Increase Government Spending?

Raising the federal minimum wage could increase federal spending because companies with federal contracts could get federal money to compensate paying low-wage workers more. They could also hire fewer employees for low-wage jobs, or do a mix of both. Those opposing the increase say it won’t be effective if it ends up increasing government spending.

What Else Could the President Do?

Obama might also boost pay of low-wage private sector workers such as home health aides financed by Medicare. He is already pushing for minimum wage for all other federal workers, trying to get Senator Tom Harkin’s and Representative George Miller’s bill sponsored to pay everyone at least $10.10 per hour.

What Do the Numbers Really Mean?

Although it sounds impressive, Demos.org's "half a million" is not a big percentage of all workers. National Federal Contractors Association chairman Fernando Galaviz says that 97 percent of federal workers already make more than $10 per hour. He says raising the federal minimum wage will affect smaller businesses and create a bigger barrier for them in getting government contracts. The White House is calling the move a hand to the hard working people who labor in low-wage positions and taxpayers alike. Using Maryland as an example of a successful hike in the minimum wage, the White House says higher wages will mean better services provided because of improved morale and productivity.

This executive order to raise the federal minimum wage is the first of the actions the President said he’d take with or without support to jump start the economy and take action to improve economic conditions. But detractors are questioning the legality of the order because it raises concerns about separation of powers and differing prevailing wages depending on regional locations.

PAYDAY handles payroll for companies with federal, state and other government contracts and can help with compliance with both Federal and CA minimum wage. Contact us to get started.