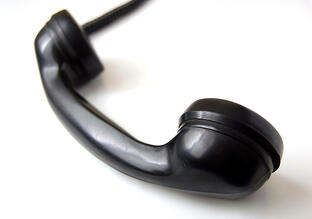 As the start of the New Year gets rolling, consumers are experiencing problems and delays in health insurance applications processing for Affordable Care Act coverage through Covered California and exchanges across the country. Increased invoices and confirmation of coverage are the main reasons people are calling in with questions, anxious to verify their new insurance.

The LA Times reports that almost half a million Californians signed up through the exchange and about 100,000 of those were just days before the December 23rd deadline, causing processing and customer service backlog. California Association of Health Plans spokeswoman Nicole Evans says the individual insurance market is experiencing unprecedented volumes, causing various problems including high call volumes and long hold times, payment system downtime and delays in premium billing and distribution of member IDs.

Covered California consumers desperate to talk to someone who can assist them are staying on hold for at least two to three hours hoping for payment and coverage confirmation, and many have waited over 4 hours. Some callers have stayed on hold for hours on multiple days and have yet to get in touch with someone. Others are trying to circumvent the exchange by calling insurance companies directly to make payments, but many are being turned away and are told to return to the exchange.

Anthem Blue Cross enrollees in states like Connecticut are also experiencing long hold times. Anthem is a large carrier operating in 14 states. In Connecticut, the CT Mirror reports that almost two-thirds of consumers signing up for private insurance in January chose Anthem plans. Access Health CEO Kevin Counihan speculates that might be the reason for delays. The smaller carriers with lower volumes may be able to be more responsive.

Anthem Blue Cross enrollees are frustrated and anxious about making their premium payments to start coverage because the online payment system hasn’t been working. Some who have paid online are reporting that their online payments haven’t been cashed, and those who have mailed in payments are reporting the same thing. An Anthem spokesman admits that their payment system has gone down intermittently and says they are working on improving the stability of the system while maintaining large volumes of payments and calls.

Consumers are reporting waiting weeks after enrollment before receiving premium bills. Because of these delays and the payment processing issues, Anthem Blue Cross has extended the first payment deadline to January 15th for coverage beginning January 1st. Connecticut consumers are complaining to the Connecticut Insurance Department’s consumer affairs division, creating high call volumes for that agency as well. The division’s principle examiner Kathy Walsh explains that the new process with the exchange adds some steps to the normal enrollment process. Consumers sign up through the exchange, which then sends the enrollments to the insurance companies for processing. She asks late-December enrollees to be patient, and reminds them to try calling when call volumes are lighter, such as toward the end of the day. Walsh advises those who applied early but still haven’t received insurance materials or assistance to file a complaint with the state insurance department.

Some enrollees who have been able to pay their first month's premium are still waiting for ID cards or confirmation of coverage, and frustrated enrollees who need to see a doctor aren't confident they are covered yet. Anthem spokeswoman Sarah Yeager says temporary Member IDs can be downloaded for customers who have paid their premiums and patients can ask their doctor to call to verify coverage.