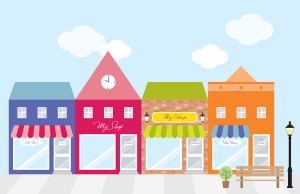 National Small Business Week took place May 12th to May 16th this year. The theme was honoring America’s entrepreneurs, and the Small Business Administration used this week to highlight outstanding entrepreneurs and small business owners all across the country. The kickoff event May 12th was at Twitter headquarters in San Francisco, California, with a focus on how to integrate social media into marketing. May 13th’s event and activities were in Kansas City, Missouri. May 14th was in Boston, Massachusetts, and the last two days were hosted in Washington, D.C. at the U.S. Chamber of Commerce.

With a focus on entrepreneurs, social media and technology, this year’s National Small Business Week showcased how business benefits from new formats. But a real concern for small businesses is the impact of healthcare reform. The National Federation of Independent Business outlines all the ways the new healthcare regulations hit small businesses hard and negatively impact the workforce. The employer mandate to provide insurance raises costs and creates complications with monitoring and documentation. Requirements for free services and bans on lifetime limits raise costs of benefits. The new health insurance tax on insurers further increases healthcare costs. Small businesses with little to no resources for management and human resources to monitor and administer new regulatory requirements face overwhelming burdens.

The tax credit that is supposed to be an incentive for employers to provide coverage for their employees has proven unsuccessful. Of $2 billion in tax credits available, only $468 million was claimed in 2010 according to General Accountability Office reports. The credit was supposed to help lower the cost of providing insurance, but has only done so in a very small percentage of low wage businesses, not across the board. It has not had the effect of motivating businesses to participate.

To qualify for the tax credit, employers must pay at least half of the health insurance premiums for their employees. Calculating the credit is complicated and must be compared with the costs and efforts of not doing so, as the credit only lasts for a few years.

How Washington Can Help

Dan Danner, president and CEO of the National Federation of Independent Business, says Washington can help the small businesses that employ more than half the country’s private sector workers and create half the country’s gross domestic product.

Danner says regulatory reform is urgently needed to reduce the burden and restrictions on growth for small businesses that cost $112 billion in 2013 and 67 million hours of paperwork. He says that a sound federal budget and paying down the national debt are important to bolster the small businesses that are the backbone of the economy. He points to the NFIB May 2014 Report that shows Washington creates uncertainty for small business, especially lowering optimism because of taxes, government regulations, and red tape.

Repealing the Health Insurance Tax would greatly help ease the financial burden on small businesses, to the tune of the expected $134 billion it would cost in the next ten years. That is a lot of revenue to take away from a major segment of the GDP, which also impacts healthcare consumers.

As the Small Business Administration supports the startup and growth of America's small businesses, other forces make it difficult for entrepreneurs and business owners to build their businesses and provide employment and economic health. The National Federation of Independent Business calls for a wider awareness of the needs of small business and easing costs and regulatory burdens to support, rather than limit, a major economic force.