New Delays for the ACA 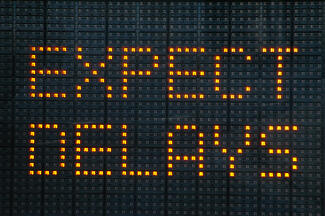 The second delay on the Patient Protection and Affordable Care Act was announced recently, with President Obama giving employers with fewer than 100 workers until 2016 to meet the new Pay or Play mandate. Critics and proponents of the ACA both view the delay as Obama caving in to pressure from business groups and perceive it as unfair to individuals who are not being given the same kind of delays as employers.

This delay postpones the employer mandate for those with 50-100 workers to provide health insurance (where they weren’t required to before ACA) and reduce the requirement on large employers (100+) to cover only 70 percent of their workers instead of the original 95 percent, which is now delayed until 2016. Obamacare planned to impose large fines of up to $3,000 per uncovered employee by January 2014. That has been pushed out to 2015.

Republicans have criticized the new delay as favoring employers and insurers at the expense of individuals and families, who the ACA was designed to protect. They see it as a political move with timing tied to upcoming elections. National Retail Federation vice president Neil Trautwein likes the move, saying it is “a wise approach to accommodate the law to the real world” and wants to see even more concessions for employers. White House National Economic Council director Gene Sperling praises the President for listening to small businesses and employers.

There are some protections built into this delay. Employers with less than 100 workers have to certify that they haven’t fired workers to get their employee headcounts under 100 and postpone their implementation until 2016. The same employers must also certify they aren’t dropping existing health plans. Final rules issued recently provided clarification of the definition of full-time employee, including teachers who have the summer off and excluding seasonal workers who work less than half the year. Employer concerns over possibly having to offer insurance to volunteer firefighters and first responders working 30 hours per week were put to rest by the final rules declaring they were not eligible employees.

Critics and proponents are discussing the violation of the law’s explicit text defining “applicable large employer” as employing an average of 50 or more full-time employees or full-time equivalents. The second violation of the plain language of the law without Congressional oversight concerns critics and supporters alike who see it as weakening the law and exposing it to legal challenges.

What the Administration Says

Administration officials said this postponement won’t have much impact because a majority of employers have less than 50 employees. Economists agree. MIT economist Jon Gruber says that even getting rid of the employer mandate altogether would have more of a political impact than a financial one, and Urban Institute economist Linda Blumberg says it would make very little difference in coverage. Economists say ditching the employer mandate altogether would cost the government billions in lost revenue from fines it might collect for noncompliance but wouldn’t affect coverage much one way or the other. The number of covered people would stay almost the same.

Contact us for more information or for a complimentary analysis of your compliance with the ACA.

Are Association Health Plans an Appealing Option for Small Businesses?