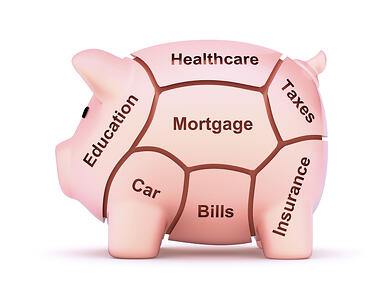 President Obama has another plan to help stabilize the shaky economy and create security for workers without benefits. He recently signed a directive to create "myRa" plans to encourage and support saving for those who don’t have 401(k) benefits. It is designed to also benefit small businesses who don’t offer retirement plans and other benefits. The President introduced the myRa individual retirement account program in his recent State of the Union address and signed a Presidential Executive Order to create it while in Pittsburgh to tour the U.S. Steel Corporation plant.

Just as the goal of the ACA was to bring health insurance coverage to those who haven't had access, myRa's goal is to enable those who haven’t previously been able to save the ability to start saving for retirement earlier. With high unemployment, huge student loans and a recovering economy, many lower income people haven’t been able to spare any money for savings. The new plan intends to help employers as well, by helping them offer a tool to their workers to create an affordable financial safety net.

How myRa Differs from 401(k) and Roth IRA

The myRa retirement investment program is a regular and retirement savings vehicle with a low initial investment of just $25 and regular contributions as low as $5. It is funded with after-tax money, but like a Roth IRA, any funds withdrawn upon retirement are tax-free. The myRa also has the same annual contributions limit of a Roth IRA at $5,500 or $6,500 for those over 50. When funds in the account accumulate to a total of $15,000, it is then rolled into a traditional Roth. It does differ from a Roth IRA because the principal is protected by government backing and people can take out their contributions without penalties. There is only a penalty on withdrawal of the interest earned. The accounts will only invest in government savings bonds, and the principal investment is protected from loss. The accounts have no administrative fees like traditional 401(k)s, eliminating any chipping away at savings.

The name myRa is short for “my IRA” and is a hopeful solution or stop gap for the coming retirement crisis. With traditional pensions a distant memory, Social Security straining from the volume of baby boomer retirements, high unemployment and stagnant wages, some new solutions are absolutely necessary. Critics of the program, like retirement specialist Teresa Ghilarducci, think that the ability to withdraw money freely is a problem, leaving the possibility that savers will use up their savings before retirement. They also point out that with an average interest rate of only two percent, the accounts won’t build a very big nest egg to retire on. myRa is also voluntary for both workers and employers, which is another issue that detractors are focused on.

The National Institute on Retirement Security estimates the coming retirement savings shortfall will be almost $7 trillion, which is why President Obama plans to add a proposal to his annual budget to make myRa an automatic enrollment for workers. This proposal will require Congress' approval in order for it to pass.

PAYDAY is dedicated to being knowledgeable and helpful when it comes to employee benefits, including retirement options. Contact us today with any questions or to schedule a complimentary benefits assessment.

How to Identify Your Culture
California Minimum Wage Increases Effective July 1, 2020
EEOC Guidance for Employers During a Pandemic