Payroll Taxes and the Presidents Behind Them

Payroll tax in the United States has a long history, starting during the Civil War to fund military efforts. Income tax then was between three and five percent of income and was reduced with deductions for housing, repairs, and other taxes, and was withheld by employers. After the war, the tax was repealed. In 1913, the 16th Amendment to the Constitution gave Congress the authority to create a permanent income tax and Form 1040 was introduced. Modern income tax rates run between 10 and 39 percent, depending on filing status and income thresholds, and for tax year 2012, the Internal Revenue Service processed more than 146 billion tax returns.

Social Security was enacted in 1935 by President Franklin Delano Roosevelt and the Social Security Trust Fund was created in 1939. Social Security is a social insurance payroll tax and was originally one percent of income for each employer and employee. The current rate is 6.2 percent of annual wages. Roosevelt enacted Social Security as part of his “New Deal” programs to rebuild the country’s economic systems after the Great Depression. It was an attempt to get people back to work as well as improve morale and give people hope but has evolved into a safety net for senior citizens and the disabled. Other than amendments to the Act in 1983 signed into law by President Ronald Reagan to include some Social Security income as taxable income, social security has remained the same as when FDR created it.

Medicare is another social insurance payroll tax. It was signed into law in 1965 by President Lyndon B. Johnson as a guarantee of health insurance for Americans 65 and older and those with disabilities. President Harry S. Truman was the first Medicare beneficiary, enrolled by Johnson right after enacting the law. Today, Medicare provides health insurance to millions of Americans. The history of Medicare is bound to civil rights and racial integration because it originally made payments to doctors and hospitals conditional on desegregation. Since its inception, Medicare has gone through some changes, including expanded benefits for speech, physical and chiropractic therapies, hospice benefits, and coverage for young people with ALS. Originally enacted at 1.8 percent, it’s currently funded by a 2.9 percent payroll tax on employers and employees, each paying 1.45 percent. This rate has been the same since 1966.

Besides Social Security and Medicare, employers pay other taxes on salary and wages. Federal unemployment insurance tax (FUI or FUTA) is paid on the first $7,000 of each employee’s wages, while state unemployment rates and limits vary. Employers pay taxes to the IRS and the state revenue department to fund the unemployment insurance programs. Other state and local payroll taxes do exist, but are regulated and managed by state and local governments on an individual basis.

Although there are debates and controversies about both Social Security and Medicare, they are systems that provide a measure of care and benefits to U.S. citizens that we wouldn’t have without Roosevelt and Johnson and the efforts of their administrations. Something to think about as we honor our leaders on President’s Day this year. 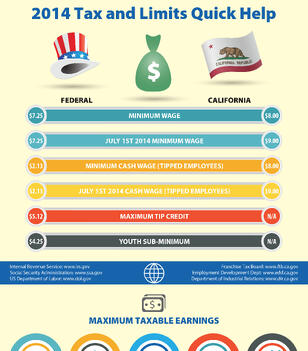