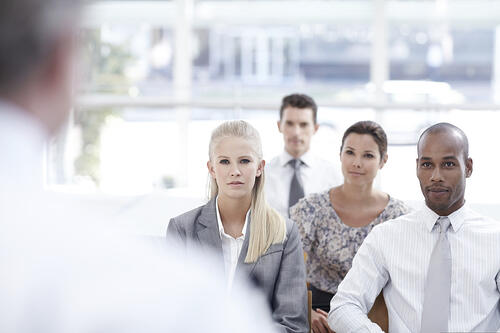 Tuesday, April 8th was National Pay Equity Day, and President Obama signed two documents to make it easier for federal contractor employees to get information about compensation. Supporters of equal pay demonstrated in New York City while the President criticized Republican opposition to closing the income gap that is necessary to support families and working women. His Executive Order on Non-Retaliation for Disclosure of Compensation Information and Presidential Compensation Memorandum are designed not only to protect workers who discuss compensation but also require federal contractors to report wage data by race and gender. The documents were signed and announced on the 8th as a way to bring attention to women’s pay equity issues and prompt change, specifically, convincing the Senate to pass the Paycheck Fairness Act.

The Executive Order and Presidential Memo are part of a larger effort of President Obama to take action himself when Congress doesn’t act on policy initiatives. The President seeks to address the lower pay women receive as reported by the Census Bureau’s 2012 figures, where women earned only 77% of men’s earnings. Although women come closer to men’s wages in hourly earnings, they still only make 86 percent of men’s hourly wages. The president explained that pay secrecy fosters discrimination and shouldn’t be allowed. Democrats agree, saying the U.S. can’t rebuild the middle class if women are denied fair pay.

The Executive Order on Non-Retaliation for Disclosure of Compensation Information prohibits contractors from firing or retaliating against employees or applicants in any way who discuss compensation with other employees. It also allows workers to sue for restrictive or punitive actions from employers.

The Presidential Compensation Memorandum instructs the Secretary of Labor to create new regulations to require federal contractors to submit data on employee compensation by sex and race, so that it can be used to enforce equal pay. It’s designed to produce sufficient and reliable employee compensation data that hasn’t previously been available to address the pay gap between men and women.

What It Means for Employers

The Presidential Memorandum could potentially impose a large burden on federal contractors. The memo directed the Secretary of Labor to issue a rule within 120 days about submitting summary compensation data by sex and race. This data hasn’t been collected before, except during audits. It’s still unclear if there will be new forms or additional compensation reporting required or how the data will be used.

The Executive Order prohibiting discrimination and retaliation against employees and applicants will not have an immediate or direct impact on all employers, and won’t actually even impact federal contractors much, as the National Labor Relations Acts already provides employees the right to discuss their compensation. The new order requires the Department of Labor to implement regulations within 160 days, so the actual resulting impact won’t be known until that time.