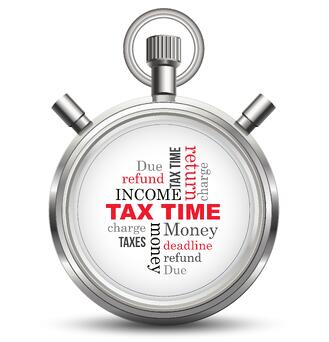 The recent government shutdown had a major impact on many people. Of course, the government worker who was forced to sit at home during the shutdown was directly impacted. In addition, the person who depends on various government benefits and assistance was directly impacted as government services were almost completely stopped. Going fairly unnoticed, however, is a consequence of the shutdown that almost every American will feel in the upcoming months: the 2013 tax filing operations and requirements.

One of the results of the recent government shutdown was the closing of IRS offices, which basically stopped all daily outside operations concerning the IRS. Many Americans who had hoped for delays in filing and payment due dates were disappointed to find that 2013 tax requirements, regulations and due dates were not suspended or adjusted. While those with questions about paying taxes were unable to get assistance, all payroll and corporate tax payments were still due according to the normal schedule.

The annual April 15th due date for individual tax returns is no different. While maintaining the due date for 2014, the IRS will once again be delaying the start of the upcoming tax season by one or two weeks. This delay causes more tax returns to be filed in a shorter period of time, which as a result, ends up causing further backup at the IRS.

The recent government shutdown resulted in many problems ranging from global economic concerns to senior citizens receiving their social security checks late. However, going almost unnoticed by many people were the changes made concerning the amount of time available for individuals to prepare and file their 2013 taxes. Moreover, with the threat of another possible government shutdown on the horizon, for the person debating when to start his or her 2013 tax filing preparations, the thought should be sooner rather than later to avoid potential problems down the road concerning requirements and due dates.

PAYDAY Workforce Solutions can help make tax filing season easier for employees with Employee Self Service, which allows 24/7 access to W-2 and paystub information via the web. Contact us for more information on this service or to speak with a Tax Specialist.