The Changing Landscape of Worker's Compensation 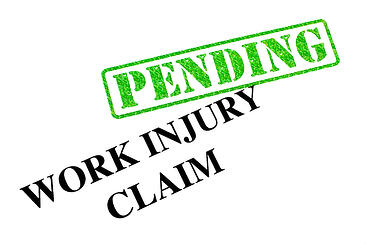 Since its inception, the Worker’s Compensation system has been plagued with issues ranging from fraud and abuse to rampant drug use among claimants.

The induction of the Americans with Disabilities Act in the early 90’s caused Worker’s Compensation to become even more flooded and complex. Loopholes in the system, which were originally intended to encourage people to hire the disabled, did not bring about changes in hiring discrimination. Instead, the majority of cases are for those already employed and/or hurt on the job. The subjective nature of defining the impaired has caused a frenzy with personal injury lawyers and has burdened this system with fraudulent and exaggerated cases. For the past 20 years, Worker's Compensation law has remained fairly stagnant, but as Albert Einstein states, “The definition of insanity is doing the same thing over and over and expecting a different result.” Finally, in 2013, changes are being implemented to help fix the system.

One major change in California is AB 1309. Governor Jerry Brown has signed into law a bill that will reduce the amount of Worker’s Compensation claims from professional athletes in the state of California. California is one of the only states in the country that recognizes a condition known as “cumulative trauma,” injuries sustained by repetitive strain or continual injuries to the same region of the body. In addition, the statute of limitations for filing a claim in CA has a provision allowing workers to file years, and sometimes even a decade, after the injury. In the past, this has enabled players who have only played a few games years ago to utilize the California economy to pay for their injury. The bill is backed by both the NFL and MLB as the organizations feel such filings are too costly.

Governor Brown also signed SB 809 in September. This bill increases licensing fees, which will go toward a major overhaul of the CURES database – California’s prescription-drug monitoring program for certain controlled substances. Using CURES is not required and many doctors have complained about its complexity. Therefore, the overhaul is intended to simplify the process and encourage its use not only for Worker’s Compensation patients, but for all patients. Backers believe that the new bill and an increased use of CURES would reduce a claimant’s ability to abuse prescription drugs through the Worker’s Compensation system as well as reduce the number of deaths caused by overdose. Other signed bills relating to Worker's Compensation include AB 607, AB 1376 and SB 146.

Overall, the system is flawed, but for the first time in decades, people are doing something about it. Worker’s Compensation is one of the most successful social systems in the country, but also one of the most highly abused. The system needs more regulation, and bills like AB 1309 and SB 809 are steps in the right direction. Weeding the system of people who do not use it lawfully will lower the cost for everyone involved and will give people who truly need the benefits the chance they deserve. As the socioeconomic landscape of the United States rapidly changes, thus our social systems in place must be updated accordingly.