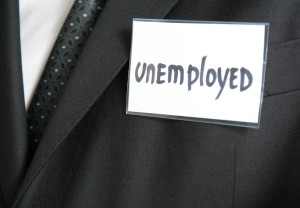 Although unemployment rates are down, Americans still view the economy as fair to poor, according to a recent Pew Research Center survey. The United States' jobless rate fell to its lowest since 2008, just over 6% after holding at just under seven percent since December 2013, according to the U.S. Bureau of Labor Statistics (BLS) “Economy at a Glance.” Compared to the national rate, California’s unemployment rate has seen a greater decrease this year.

Current Unemployment Rate in the U.S.

The U.S. BLS reports in its May 2, 2014 “Economic News Release” that April 2014 saw a slight decrease, the first movement in four months. The unemployment rate fell by .04 percentage points to 6.3 percent. A total of just under 10 million people were unemployed as of April 2014, and three and a half million were part of the long-term unemployed, those unemployed for more than 27 weeks.

The U.S. Bureau of Labor Statistics reports that as of March 2014, California’s unemployment rate was slightly over 8%, two whole percentage points higher than the country as a whole. This is down, however, from almost 9.5% in February 2013. There are currently a million-and-a-half unemployed residents in California. The BLS reports that California’s fastest growing jobs sectors are in professional and business services and in construction, with manufacturing posting the largest decrease in jobs.

States can set the tax rates for unemployment insurance and can either forward fund their accounts or use a lower pay-as-you-go approach. The first creates balances that build up for use during recessions and the second keeps balances minimal, leaving state unemployment programs at risk for running deficits during recessions. When this happens, states borrow from the federal government to meet their unemployment insurance responsibilities, and must pay back the borrowed amount with interest within two years, or the federal government raises the federal unemployment payroll tax on employers until the loan is repaid. 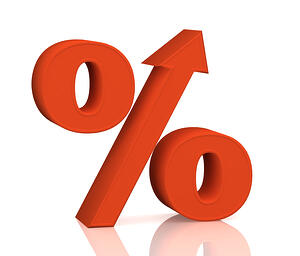 The Federal Unemployment Tax Act tax rate is 6% of taxable wages, or $42 per employee per year, unless states have unpaid debts from Federal funds borrowed to meet state unemployment insurance responsibilities. If debts are unpaid, then the Federal rate is effectively increased to repay the borrowed amount, using a credit reduction rate. The U.S. Department of Labor Employment and Training Administration reported that 13 states were subject to credit reductions for 2013. These range from 1.2% - 1.8%, raising FUTA taxes per employee ranging from $84 to $126. California’s was $105.

When a terminated employee files for UI benefits, the state’s unemployment office must determine if they are eligible for benefits. This is done with an investigation by gathering information and documentation from the person filing for benefits and the employer. Both must answer surveys and provide documentation such as dates of employment, reason for termination, and amount of compensation.

PAYDAY manages the FUTA Credit Reduction process for clients and works with the California EDD and other states to obtain accurate UI rates. In addition, services are available to assist with unemployment claims. Contact us today to learn more.