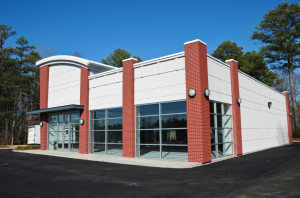 Democratic Assemblyman Mark Stone from Scotts Valley believes his bill, the Wage Theft Recovery Act AB 2416, is a tool that workers need to ensure they have recourse in cases of wage theft, when employers don’t pay them what they’ve earned. An Assembly labor committee passed AB 2416 to a judiciary committee in April 2014, inciting the California Chamber of Commerce to call it a “job killer” that will leave employers hostage to employees who only have to make a claim, not prove it.

A long list of groups opposes AB 2416, including no fewer than 14 Chambers of Commerce, contractors’ and builders’ associations, California Business Roundtable, and numerous others. They're not worried about HR compliance because they claim it will hurt business by allowing workers to file liens on employers for alleged wage claims, without caps or limits on dollar amounts or number of liens.

Business leaders are concerned about the bill enabling workers to interfere with employers’ businesses. The overly broad wording of the bill would expose employers to liens on property without much recourse. Local chambers claim that the bill as written will cause neighborhood blight because it involves super liens that survive foreclosure, which would discourage purchase of foreclosed properties by requiring any new owners to satisfy the liens.

Pro-business groups are against AB 2416 as an added compliance burden in a state already overloaded with business requirements.

Assemblymember Mark Stone and a coalition of business, community and worker organizations marched to the California Chamber of Commerce to call on them to stop defending wage theft. The Chamber is opposed to the bill and has put it on its "job killer" list. Stone says that employees have very few avenues to recover earned but unpaid wages, even when they have proof that they are owed money for work performed. This bill would address that inequity.

The coalition that Stone joined is asking business owners to sign their petition enjoining the Chamber to stop defending wage theft. Stone and supporters of his bill are trying to provide tools for workers to recover unpaid wages because currently, most aren’t able to collect on judgments when they do win wage theft claims.

Mike Garcia, President of SEIU United Service Workers West, says the current laws are little more than an honor system that employers don’t honor when it comes to paying earned wages. He says workers need the stronger solutions that AB 2416 would provide.

Wage theft is a very expensive problem for both workers and the economy. The Economic Policy Foundation reports losses of almost $20 billion just from unpaid overtime, robbing not only the workers but the also impacting federal and state budgets, who lose out on income taxes from those unpaid billions.

Kevin Abels, executive director of FRESC, an organization that works to develop policy solutions to help low income people and communities, says there are two avenues to fix wage theft laws. His organization works to educate communities about wage theft, including workers, employers and local governments. They also work on policy changes to systems to address wage theft issues and give workers a real way to recover unpaid wages owed to them.

Wage theft is a very hot topic and PAYDAY is dedicated to keeping you updated on current news surrounding it. For more information on how we keep our clients in compliance, contact us today.