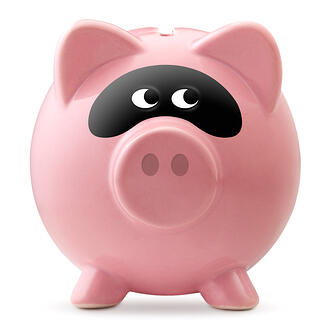 Fast food workers are targeting McDonald’s for what they are calling incremental but systematic wage theft. There are currently six class action lawsuits against McDonald’s in three states - California, New York, and Michigan - for not practicing payroll compliance with wage and hour law. Workers say they are not given breaks during long shifts, are required to perform work tasks off the clock and are not paid overtime wages. They are protesting across the country, along with employees of Burger King and Wendy’s. The protests were prompted by the “Low Pay is Not OK” campaign, which seeks to raise the minimum wage to $15 per hour.

Raising fast food wages is complicated by company-owned restaurants, franchise restaurants and private equity-owned chains, in which management is dictated by a centralized structure leaving very slim profit margins with no room for additional labor expenses. Business analysts point to this structure in the fast food restaurant industry as leading to abuses like wage theft, as well as business failure and “risk shifting” from fat corporate coffers to franchisees with far fewer resources.

The types of wage theft reported in Hart Research Associates’ survey include:

The survey showed three in five fast food workers feel cheated on payday and report experiencing more than one type of wage theft, and almost 100 percent of fast food workers report experiencing wage theft: 84 percent of McDonald’s workers, 92 percent of Burger King’s workers, and 82 percent of Wendy’s workers. More than half the workers surveyed said they were forced to routinely work off the clock before and after shifts and almost half said they weren’t paid for all work performed or paid overtime wages earned.

Business analysts claim that predatory franchisor contract terms are the true culprit behind wage theft because the corporate franchisors hold all the power in the franchise relationship with little to no accountability under the law. Franchisees must perform to franchisor contract terms regarding inventory and supplies purchasing, advertising, and pricing, regardless of whether or not they can profit. This pressure leaves them vulnerable to local market conditions that franchisors haven't dealt with and therefore, don’t care about. For example, a special nationally-advertised sale may not turn any profit at all for a franchisee, which is forced to offer it and operate at a loss. If there is no financial cushion or other resources to see the business through until normal operations after the sale, franchisees may not be able to meet payroll and may have to cut hours and wages to try to keep the doors open.

Paying minimum wage and following wage and hour guidelines are essential functions in payroll compliance. Download our Tax and Limits Quick-Help for more information or contact us today.