What is the Health Insurance Tax (HIT)? 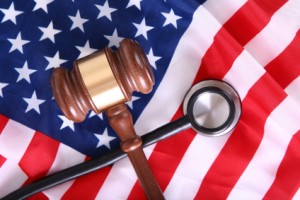 There’s another controversial issue spawned by the new health care reform law, Affordable Care Act (ACA), and it’s called the Health Insurance Tax (HIT). It hasn’t received as much media attention as the act itself, but it’s controversial for at least two reasons. One, it’s going to hit most of the country’s health plans with a multi-billion dollar tax. Two, the specifics, particularly how it’s going to be calculated and implemented, are still being debated.

Despite the uncomfortable uncertainty consumers and businesses face, there are important facts about the premium tax already spelled out in the healthcare reform law. Here’s what you need to know.

The Tax is Part of the ACA

One of the ACA’s mandates is to tax most health plans on their net premiums. It’s going to fetch more than $100 billion in the next 10 years starting in 2014. The annual amount is expected to escalate quickly from $8 billion in 2014 to $14.3 billion in 2018. The amount will vary in the following years depending on the premium growth rate or medical cost growth.

There are big consequences awaiting consumers, insurers and payers. Are you one of them? And are you ready?

The tax policy applies to all health insurers, especially the fully insured market and private plans that are part of Medicare Advantage, Medicare Part D and Medicaid. Non-profit plans will pay only half of their premiums, while the following are exempted:

The Goal of the Premium Tax

Much of the discussion is centered on this. What's the point of this additional heath care cost? You don’t have to consult an expert to understand what’s going to happen next once taxes are raised. Other tax policies are designed to either encourage consumption (as in the case of a mortgage interest deduction) or discourage buying (of items including alcohol and gasoline).

In the case of the premium tax, proponents explain that the tax aims to get more customers and give them “affordable care.” But it’s puzzling, if not paradoxical, analysts assert. When taxes are increased, end users including consumers, small business and seniors will inevitably make up for the increased premiums. Having them carry the weight of additional financial obligation seems to contradict the goal of making health care affordable to every American.

More Issues In Store for Everyone

You have heard several stories about the proposed tax policy. All in all, they don’t paint a simple picture. The big story is more complicated. There’s an apples-and-oranges element in it. People may pay more but they get more, including more protections and better benefits. The problem is, not everyone is willing to pay more, not in this economy.

Also, there is good news and bad news: The good news is that you can qualify for a small business health care tax credit, provided that you

The bad news is that insurance prices will be more expensive for many young purchasers than they are now. But then again, it’s not a simple “prices are soaring” story. Find legitimate sources of information so you that can make well-informed and insightful decisions later. This is going to be a real challenge, what with all the misinformation and political controversy out there.

Are Association Health Plans an Appealing Option for Small Businesses?

Healthcare Rates are Expected to Increase in 2019